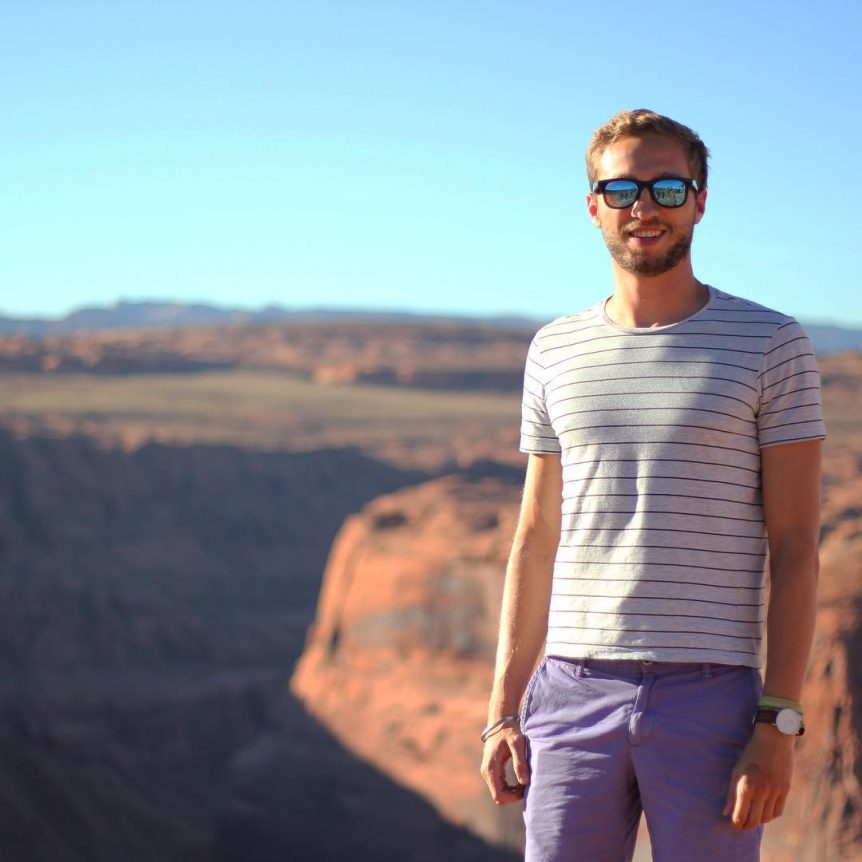 Sat Kartar graduated in 2012 after spending five years at MPA. After graduation he did what’s called a voluntary social year in Germany working at a kindergarten before he began studying International Business Management, which he has since completed. When we spoke he was getting ready to write his final doctoral thesis.
Once you finish your thesis do you have an idea of what you’re going to do next?
Sat Kartar: I’ll just keep working for now. I’m working part-time for Yogi Tea and I’ll keep working for another maybe half year or a little more and then it’s open. I’ve been thinking about doing a year abroad because I still have time to do some traveling before I get kind of stuck in one place and before I start a career, before I have a bigger family. I want to gain some work experience and I want to learn more Spanish so I thought maybe do a year abroad somewhere in South America or Latin America.

What are you doing for Yogi Tea?
I work in trade marketing. What we usually think of as marketing is consumer marketing, what the consumer sees. When you see the advertisement, the product itself, those kind of things. But the thing is that we, the company, don’t sell to the consumer. We sell to other stores or wholesalers. What we do is we work together with the sales team and do the marketing in that regard.
Is that how you started with Yogi Tea?
I started very early with Yogi Tea, right after MPA. I worked here and there when they needed help. My dad was already working there. Through Yogi Tea I got an internship in the U.S. My International Business program required that I do an internship abroad so I started working in Oregon, in Portland, for half a year, and then I came back here and I’m doing this now. This is my third job with the company.
How do you feel that your time at MPA prepared you for what you’re doing now? What skills do you think MPA gave you that you have been applying since you left here?

Discipline is a big one. When I set out to do something, I really want to do it, I just do it. I don’t give up. Sports is one thing I really kept on doing. Currently at home I have a full sports schedule. Almost every night I do something. I go swimming. I play ultimate frisbee in two team. I do gymnastics a little bit here and there. I go to the gym. For me, it’s vital. Really, if I don’t do sports, I get really grumpy. So I think that part, for sure, helped me a lot.
When you went to university, did you have any problems in university in terms of academics?

Not really, no. When I was at MPA I did the Cambridge program, A level and AS level. I didn’t have any problem getting into school. I had pretty decent grades. It was tough doing the Cambridge program at MPA but I got through it.
Why were you interested in international business?
That just came. Having been here and being fluent in multiple languages and learning with people from all around the world, you kind of have that mindset and that might’ve added to it. I wasn’t really sure what I wanted to do. It sounded great and so I decided to try it out. In Germany we have basically no fees for university so it wasn’t a big investment if it didn’t work out. So far, I like it. I’ll see where it takes me.
What are your best memories of being at MPA?

At MPA graduation in Espanola, NM in 2012

I think that family, the friends. You still see it now. Whenever I go somewhere and there’s somebody from MPA; even if the two of you weren’t that close at MPA, there’s still a strong bond and you have a good time and you talk about old times and that’s really important. So just the feeling of oneness is very, very important.

One thing I noticed for myself, at least, is that a few things I got into too late, like gatka. I started doing it more seriously but in the end, I wished I had started earlier. But at that age, you don’t realize what it is that you will, later on, regret not doing. So I think it’s important to check with yourself, “Okay, what do I enjoy doing? Should I do that more vigorously?” I started going to jalouses and I really enjoyed that, but I could’ve done it earlier. At that age, if you’re 12, 13, 14, it’s a different mindset, right? It’s tough and you don’t want to do it. Once you get to 15, 16, 17, I think you realize the things that might be tough, but will benefit you in the end. So it’s a process. But it’s important to get reminded of that process and get into it earlier than I did so that you can get out of it what you want to get out of it, whatever that might be.