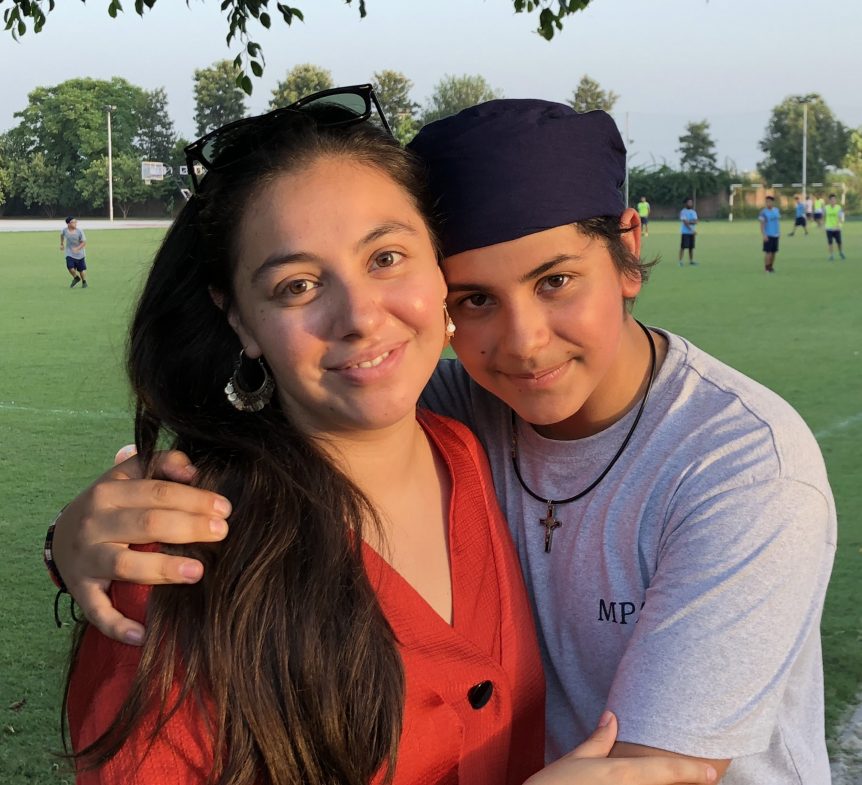 Siri Deva Kaur graduated from MPA in 2011. Originally from Mexico, she completed her Bachelors of Product and Transport Design from the Istituto Europeo di Design in Barcelona this past June. In August she brought her younger brother Dharampal Singh to start his first year at MPA. Since then, she’s been travelling around India and enjoying a break before starting the next stage of her journey.

Choosing her field of study
“Product design is a very well known field. Even though I love art, I don’t want to be an artist. I always enjoyed illustration so design was a natural fit. Eventually, I settled on product design. I fell in love with the school in Barcelona. The first year you do general product design and the following three years we did transport design. It’s a very versatile degree that will give me many options in the future.

When I was at MPA I was always drawing. I didn’t pay that much attention in class because I would be drawing. Back then, it seemed like I didn’t care about school but the truth is that I was working for my future self. Having art served me well. I’m a very emotional person so I have to take it out somehow.  It’s hard to be a teenager; teenagers feel everything.
While I was at MPA I had a lot of time because I wasn’t into sports. Each student has their own character and mine wasn’t into sports. When we had to do mandatory sports I’d do it but otherwise I’d sit outside and draw. We also had great art teachers who taught us watercolours and other techniques.”

What I gained from my time at MPA
“I gained a lot from being at MPA. MPA made the world seem smaller which is so good. Being with international kids and living on the other side of the world you realize that the world isn’t that big and its not scary either. I used to think that I was born in Mexico so I should stay there or that people from Germany were so well off. When you’re at MPA and you meet people from many countries you realize that people are the same, the challenges are the same. There are cultural differences but ultimately we’re the same. That gives you the courage to either stay in your home country or look for something more. In my case, I choose to study in Barcelona. Second, my family are Sikhs but my parents aren’t super strict and they didn’t have as much time as they’d like to teach us kundalini yoga or meditation. Being at MPA made the tools easy for me to connect with and to think of as my own. After being at MPA I felt that these tools were mine. In times when I’m struggling, Kundalini Yoga and meditation really help. They’re something you can never let go of.”